ALARA in Handling of Beta-Emitters - Measurement Techniques and Optimisation

In nuclear medicine unsealed beta radiation sources are being used increasingly. They are used for diagnostics with positron emission tomography (PET) as well as for therapy of tumours by radioimmunotherapy (RIT) with labelled antibodies (e. g. 90Y Zevalin®) or by peptide receptor radiotherapy (PRRT) with 177Lu- or 90Y-labelled peptides (e.g. 177Lu- or 90Y-DOTATOC). 90Y-loaded microspheres serve as radiation sources for selective internal radiotherapy (SIRT). Beta emitters are also used for the treatment of inflamed joints by radiosynoviorthesis (RSO). Endovascular brachytherapy (IVBT), using a balloon catheter filled with Re-188 solution, is a promising method for the prophylaxis of restenosis in peripheral blood circulation after percutaneous transluminal angioplasty (PTA) treatments.

In Germany, the number of PET(/CT) examinations has continued to rise (2009: 25 123; +18 % compared to 2008) and the number of radionuclide therapies, in particular non-thyroid treatments, increased since the mid-nineties and stabilized at nearly 50 000 cases per year [1].

Vanhavere et al. [2] indicated that the local skin doses to the hands can surpass the annual dose limit of 500 mSv due to the manipulation of unsealed sources in nuclear medicine. It is known that there is a high dose gradient across the hand, especially for beta radiation. For this reason, an accurate routine monitoring of extremity exposure is not easy. Moreover, it is often not performed at all. Thus, there is a lack of knowledge about realistic local skin doses to the hands during nuclear medicine procedures. However, the most appropriate position for wearing the routine extremity dosemeter is not known.

In order to solve these problems, lots of measurements were made in Germany in the field of RSO, IVBT, PRRT and RIT. Certainly, the most important and comprehensive study was performed within the European research project ORAMED (Otimization of Radiation Protection for Medical Staff) [3]. The main aims were to determine the dose distribution across the hands, to provide guidelines for optimizing the radiation protection standard, to provide reference dose levels for each standard procedure in nuclear medicine and to indicate the most adequate position for the routine monitoring dosemeters. Knowledge of these details is a precondition for fulfilling the ALARA (as low as reasonable achievable) principle in handling of beta emitters.

In all studies, thin-layer thermoluminescence dosemeters (TLD) of MCP-Ns type (LiF:Mg,Cu,P) were used. They accurately measure beta as well as photon radiation. For measuring the quantity personal dose equivalent, Hp(0,07), the TLDs were calibrated in 90Sr/90Y standard reference fields. Moreover, the TLDs were tested within an international comparison to ensure an appropriate response of all detectors used within the ORAMED project [4]. The detectors were welded in polyethylene bags and fixed with special tapes or gloves on both hands, palmar and dorsal (Figure 1), allowing the estimation of the maximum local skin dose and the dose distribution across the hands. A common protocol was used for nearly all measurements. Therein, besides the Hp(0,07) values of each position, the procedure, radionuclide, total manipulated activity, worker’s dominant hand and experience, radiation protection devices used, hospital’s and worker’s ID were recorded.

Measurements during RSO were performed in 11 doctor’s surgeries, including 13 technicians and 18 doctors. During the study, 210 patients were treated with 90Y. At the beginning of the examinations in RSO the staff members’ fingertips were found to be exposed to local skin doses exceeding 100 mSv per treatment day in many cases, as a result of direct contact to the unshielded vial, syringe or canula. Even if the syringe was sufficiently shielded, the tips of index finger, thumb or middle finger of the non-dominant hand generally incurred the highest exposures. The mean skin dose was about 30 µSv/MBq when holding the canula during application of about 200 MBq 90Y (Figure 2). When separating the filled syringe from the vial canula, the personnel, holding the canula between index finger and thumb, received doses in the range of 50 µSv/MBq. The normalized skin doses to the dominant hand (holding the shielded syringe) were often lower by one order of magnitude.

At the bottom of a shielded syringe containing 185 MBq 90Y, a dose rate of about 2 mSv/s was measured. Shielding the canula with a makrolon ring (Figure 3) and the use of forceps when syringes were connected to or separated from canula, led to considerably lower local skin doses [5]. In this case the fingers are protected or have a longer distance to the source, the syringe bottom.

In the ORAMED project, staff members of 16 hospitals were involved for RIT and 3 for PRRT. If more than one measurement per worker was made, the individual mean and median maximum local skin doses were calculated. In Figures 4 and 5 the classification of workers for preparation and administration is shown. The maximum skin doses of both hands were considered. The workers were classified into four groups. The staff ranging in the first and second dose group can be considered as working under appropriate protection standards. In the fourth group there were a few workers whose practices significantly differed from those of the majority, leading to very high exposures. Actually, in one case the annual skin dose limit of 500 mSv was exceeded during one working day. Dose averages for preparation and administration were calculated without outliers (Figures 4 and 5). 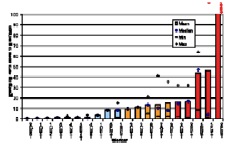 Figure 4. Classification of workers for RIT with Y-90/Zevalin®, Preparation 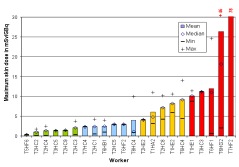 Figure 5. Classification of workers for RIT with Y-90/Zevalin®, administration

The results summarized in Table 1 illustrate that staff receives more than the threefold dose during preparation procedures of Zevalin® compared to administration, 16.5 mSv versus 4.8 mSv. In the field of PRRT the exposure during preparation is twice the dose during administration. This is caused by the more difficult working steps during the preparation of radiopharmaceuticals and in most cases the activity is higher. Even though the outliers are not included, the variation in minimum and maximum dose values is large between different staff members as well as for a single person during different sets of measurements.

Moreover, the data were analysed separately for each hand. In Table 2 it is apparent that the non-dominant hand is more exposed than the dominant one.

Table 2. Maximum skin dose on non-dominant and dominant hand of staff in RIT with 90Y-Zevalin

In Figure 6 the dose history for subsequent measurements is shown. In most cases the exposure decreased from measurement to measurement. That is a result of the optimisation the radiation protection standard during the studies due to giving the staff the feedback by informing them about the doses received. 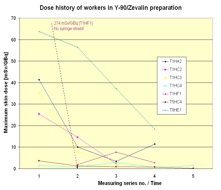 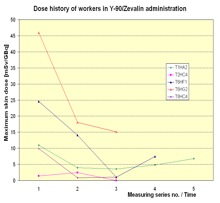 Figure 6. Dose history of workers in RIT with Y-90/Zevalin®

In order to answer the question of where the most appropriate position for wearing a routine monitoring partial body dosemeter is, the ratio between the maximum dose of both hands and the dose measured at relevant positions was analysed. In Figure 7 the results are shown. As expected the ratio between the maximum dose and the index tip of the non-dominant hand was the lowest one, because the maximum skin dose was most frequently found on the tip of the index fingers of the non-dominant hand, especially when the dose was high. However, the tip of a finger is not suitable for wearing a routine ring dosemeter. The next lowest ratio was found at the palmar index finger base of the non-dominant hand. Therefore, this position is most appropriate to wear a ring dosemeter for routine monitoring. Even if the ring dosemeter is worn on this position, the maximum dose is underestimated by a factor of about 6 on average for preparation and administration altogether. 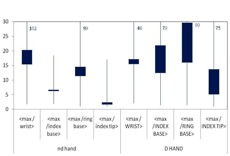 Figure 7. Ratio of maximum dose on both hands to dose at dosemeter position for all measurements, preparation and administration in therapy together

The very wide range of exposures found during the studies at workplaces reflects the variety of different procedures as well as working behaviour in regard to radiation protection standard. There is a high potential to decrease the exposure of the hands by very simple means. In response to feedback from the measurement results, nearly all worker changed some working steps to avoid any direct contact to the source. Besides the use of shielding, the use of forceps for connecting or separating the syringes to/from needles or tubes was very successful (Figure 6). Often the workers were not aware that the dose rate to the skin from high energetic beta emitters is higher by a factor of two orders of magnitude compared to a photon emitter like 99mTc [6]. Lacking individual awareness of high skin exposure to staff resulting from absent, inadequate or inaccurately placed extremity dosemeters in routine monitoring led to a low radiation protection standard in many cases. The awareness of the necessity to improve the radiation protection standard can be achieved by adequate skin dose monitoring. But, the ring dosemeter should be worn on the base of the index finger of the non-dominant hand with the detector in the palmar direction. However, the maximum dose of the hands is underestimated by a factor of about 6 at this position. Normally the staff carries out diagnostic as well as therapy procedures. For this reason it is significant that in the ORAMED project in the studies in diagnostic procedures with 18F- and 99mTc-labelled radiopharmaceuticals the same appropriate position for the ring dosemeters and also the same correction factor was ascertained [7].

Part of the research leading to these results has received funding from the European Atomic Energy Community's Seventh Framework Programme (FP7/2007-2011) under grant agreement n° 211361.

Thanks to all members of medical staff and hospitals supporting the research.